Ok – so a few weeks back I said I would put up 10 of the best shots which I took on my trip to India. Needless to say I took a lot of pictures, but I feel that these selected photographs provide a good range. Each shot has a story and there is a small caption to describe the image.

Pretty Peacock
India is renowned for its range of wildlife and the peacock is one of the most recognisable birds in the world. This shot was taken at the Ahmedabad Ultimate tournament at the Shreyas Complex in Ahmedabad, during a regional Ultimate Frisbee tournament. 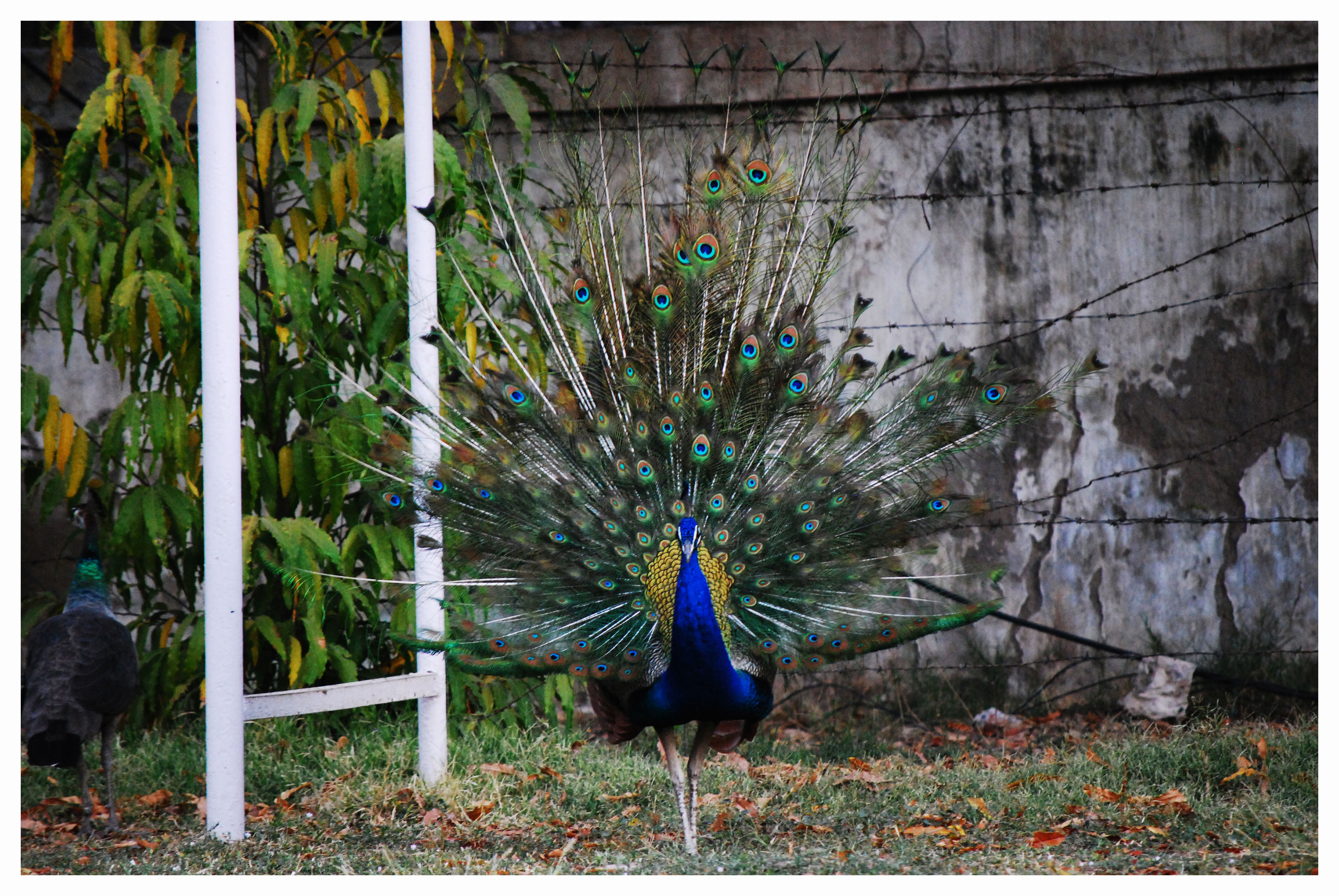 Competitive Spirit
‘Spirit of the game’ is a term used in Ultimate Frisbee. It describes the attitude which should be taken when playing a competitive game. Play with spirit. This photograph was taken during the Ahmedabad Ultimate Frisbee tournament at the Shreyas Complex in Ahmedabad. It shows one player looking for a pass to make to another team member, but his path is being blocked by the opposition. 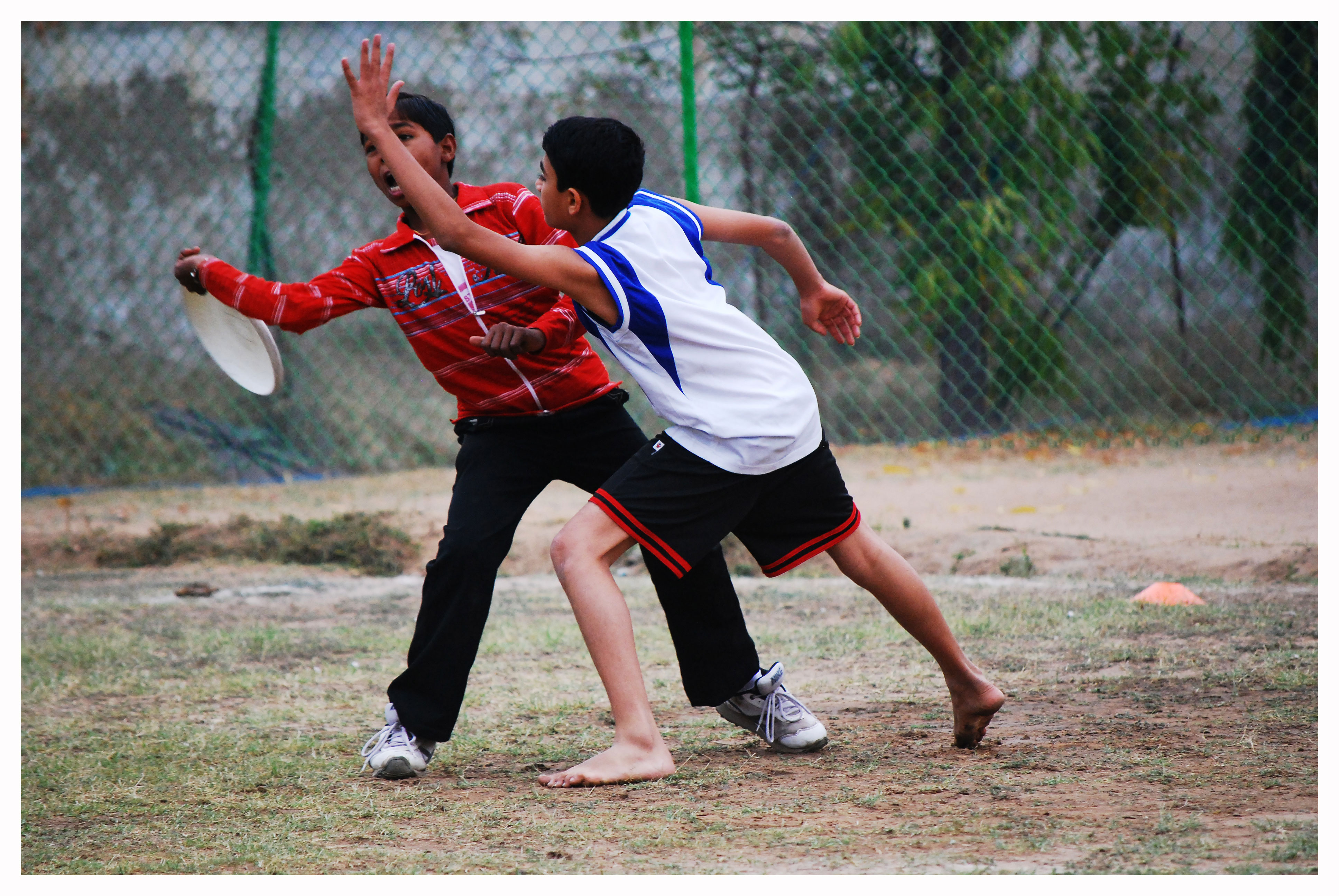 Rani Ki Vav
Rani ki vav is a famous step well situated in Patan town in Gujarat in India. It’s just one of the pictures which i took. It is an amazing sight and the detail of the carving has to be seen to be believed. Highly recommended. 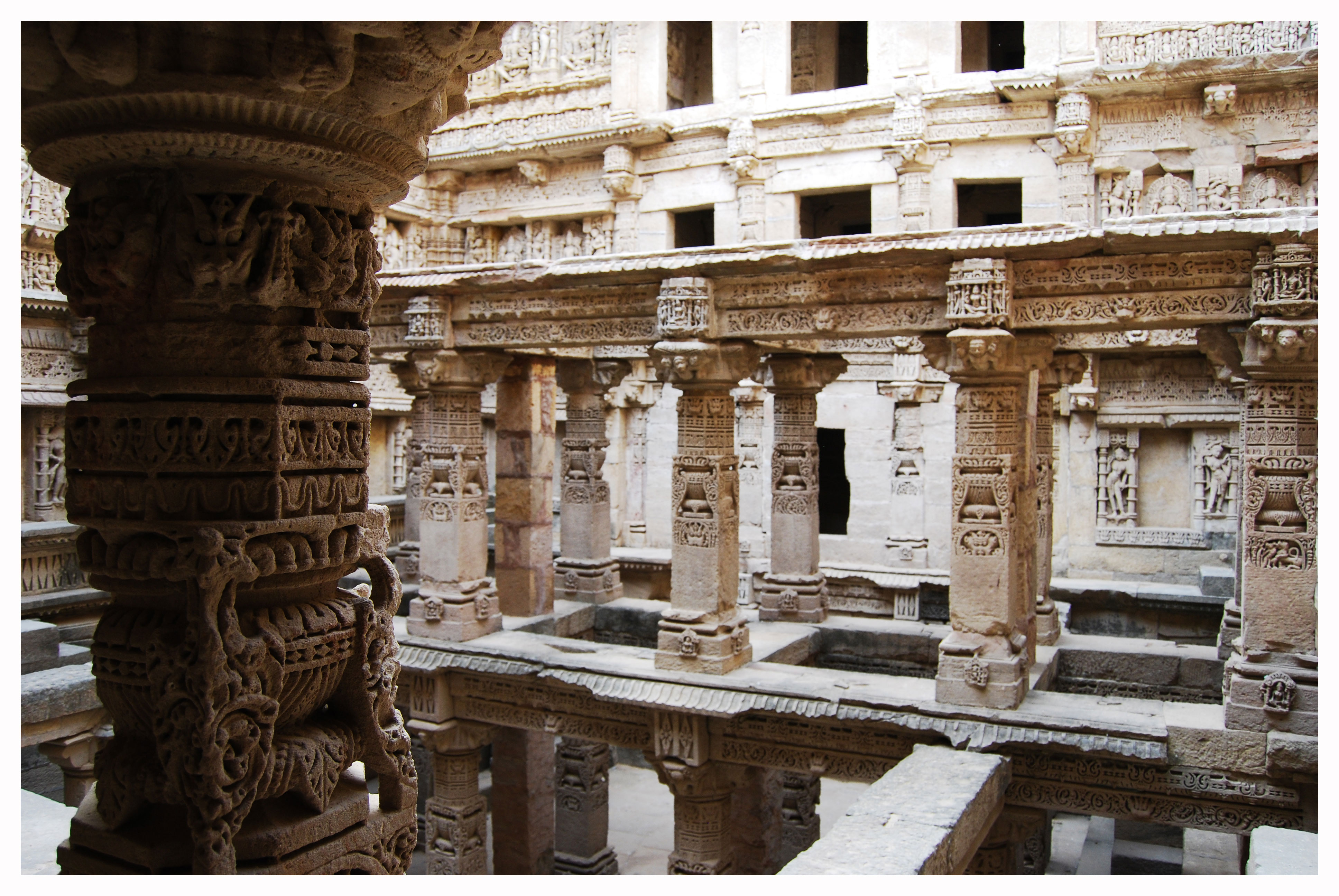 Ravivar Market
Ravivar or Sunday market is a busy, bustling market on the river front in Ahmedabad. That morning we crossed the Ellis Bridge to the other side to the Old City. This image was taken on the bridge, looking down to the riverfront where there was a buzzing atmosphere in the exchange of money and goods. 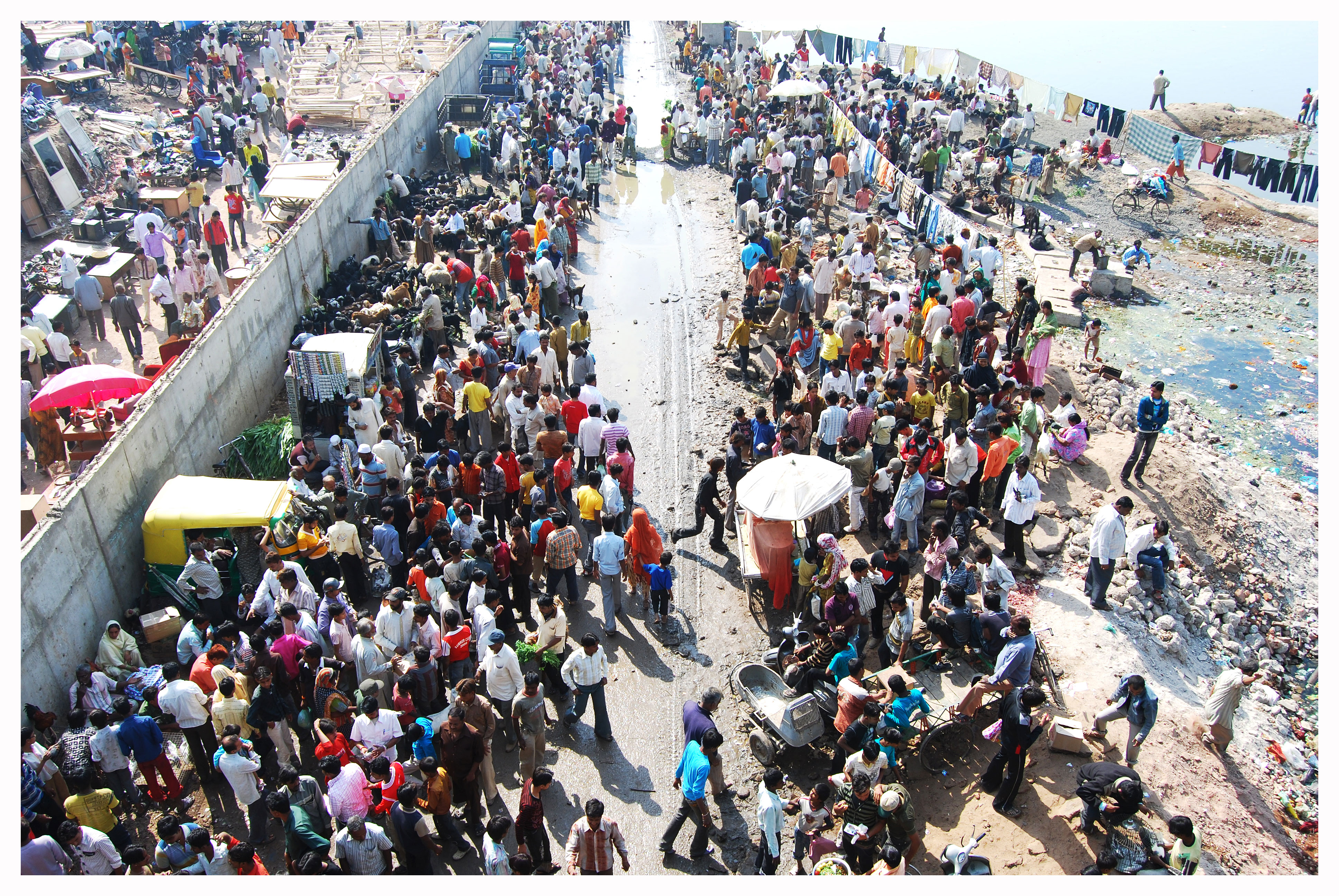 Celebrating with light
Celebration of weddings in India is massive in India. This image was captured on a trip to Deduki, a village one hour away from Chotila. We were invited to a wedding. The light was projected by someone taking a video of the event taking place at night. This background gives this an intense look and feel. 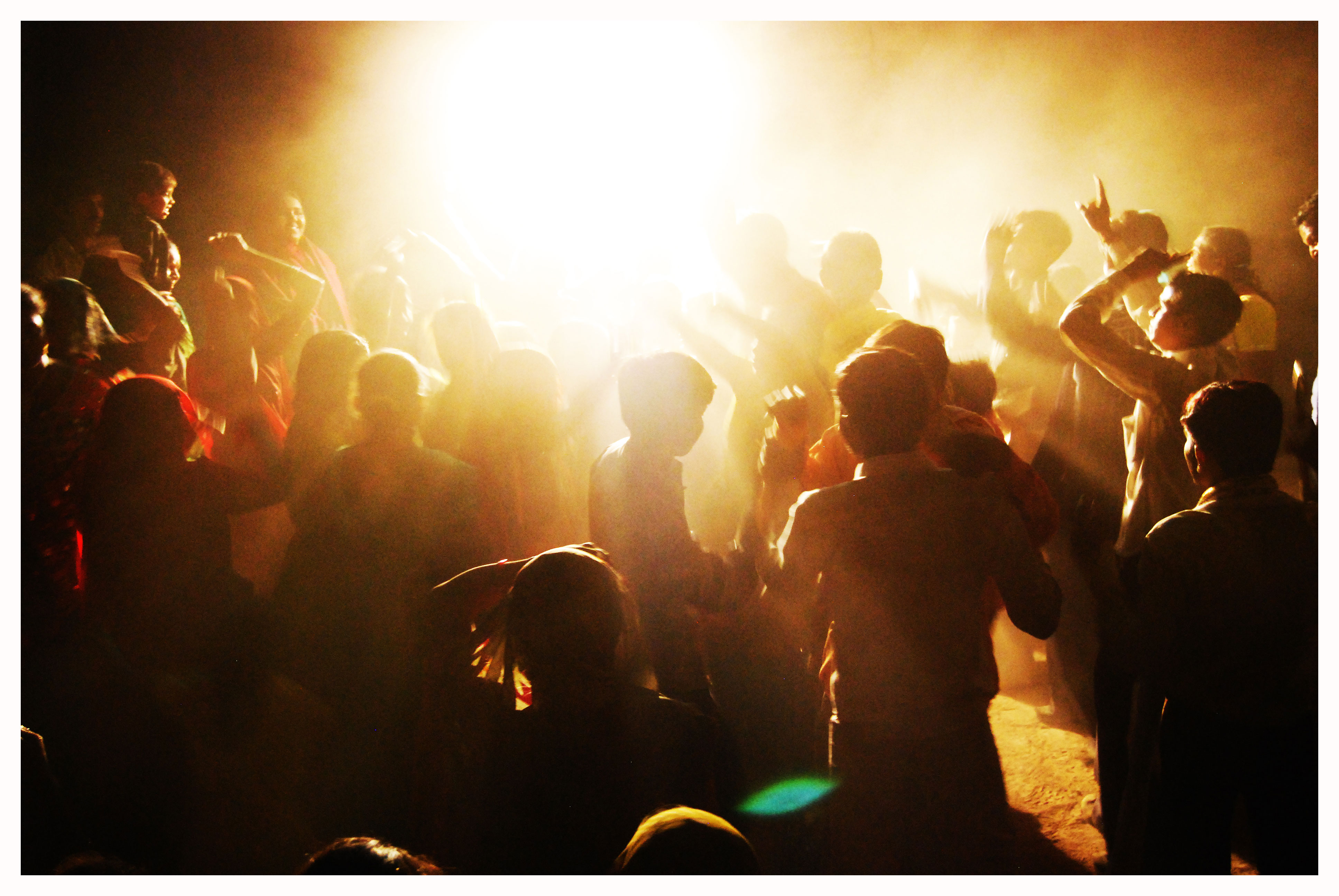 Performing prayer
This photograph was taken at the local Ram Mandir, temple in Deduki. The temple space was small, yet very traditional. It was nice to sit through the Aarti, prayer which was performed by the local priest. 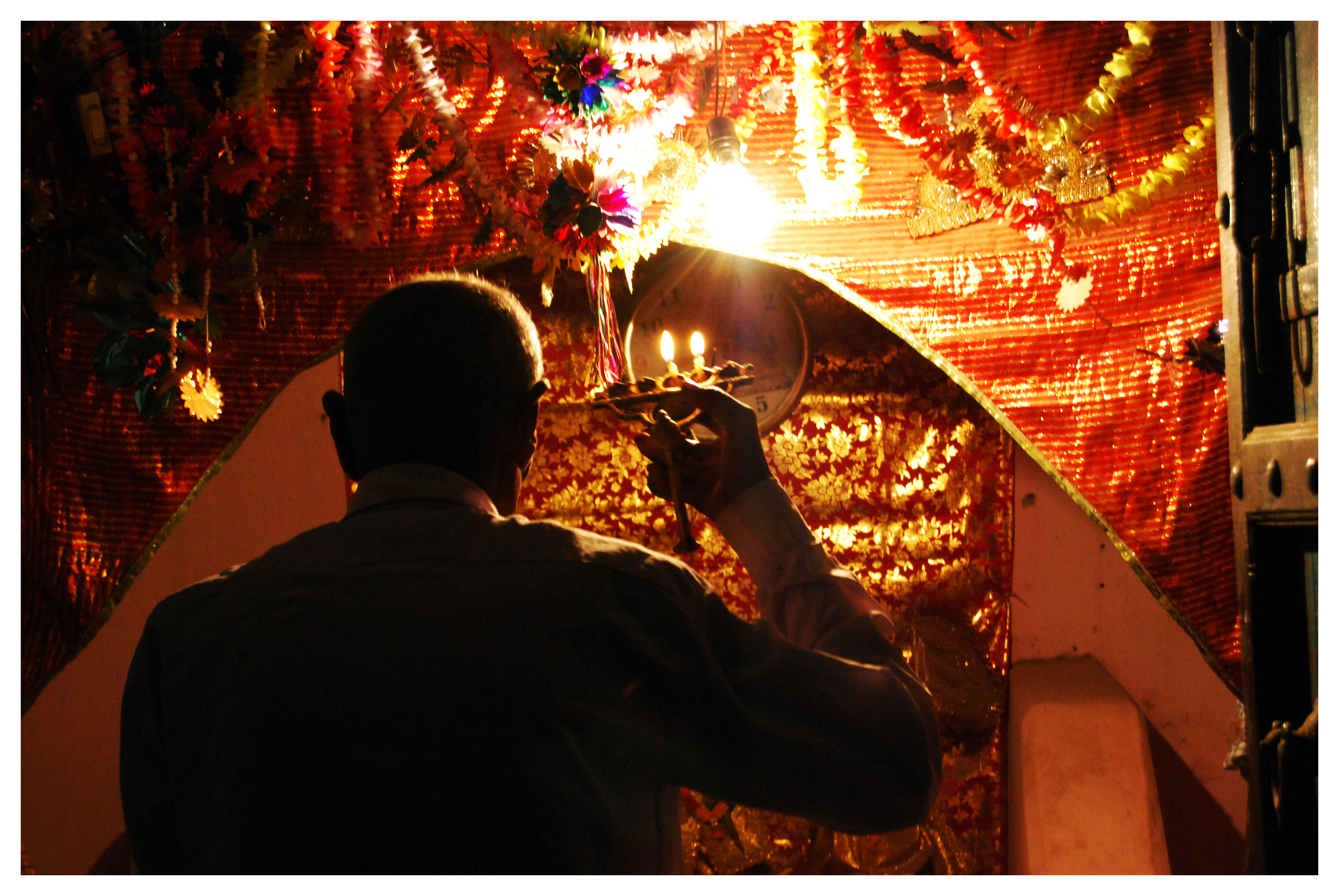 Chai en-route
There is something about chai. The local chai wallah stands in India bring people together for conversation and catch up. This image of a chai was taken at a place where we stopped for naasta, snacks on the way to Chotila, Gujarat. 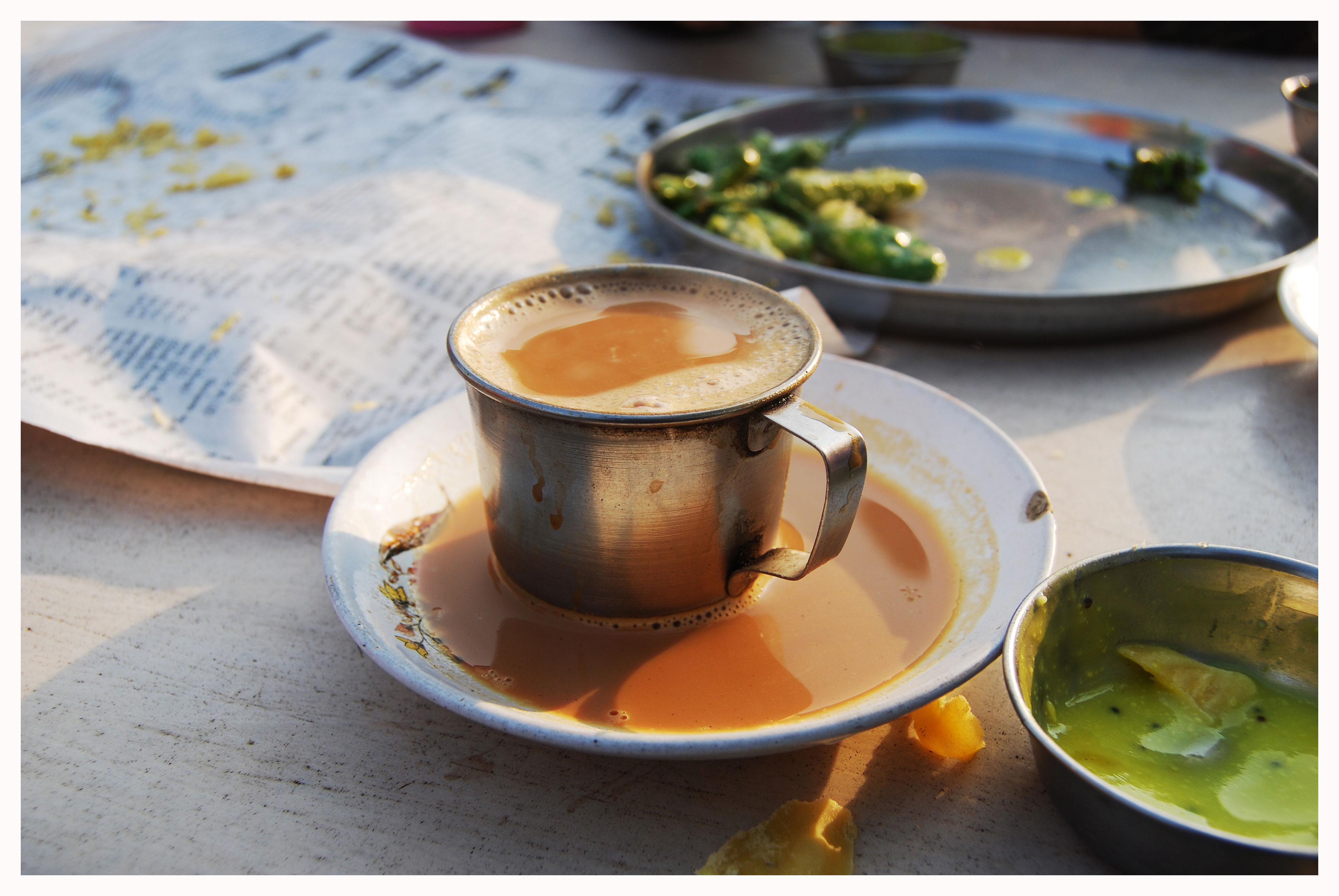 Clay cups
I think the detail captured in this shot is great and I love the composition. I was in the market in the Old City, when I asked to have a look at the cup. 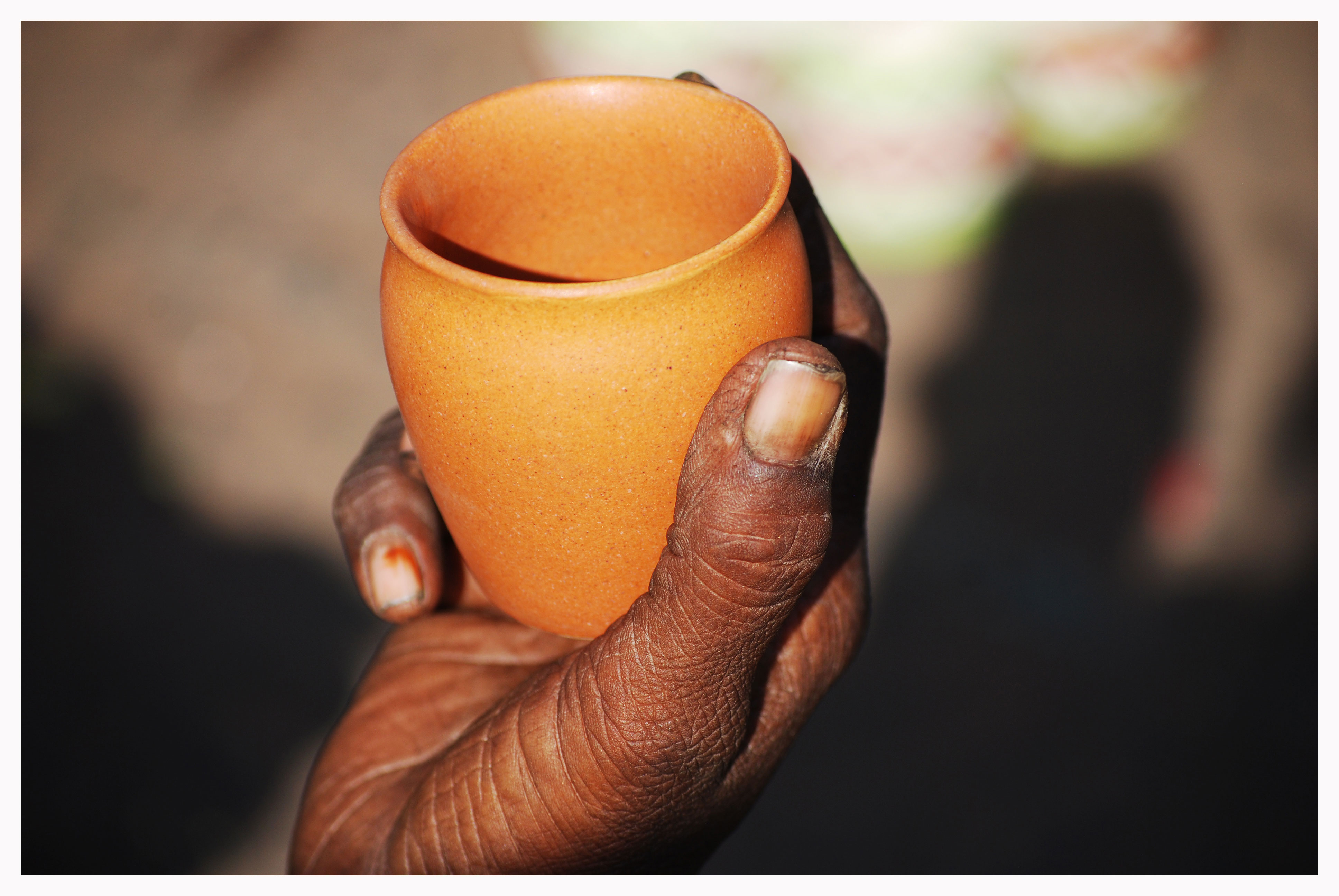 Kite preparation
Utrayan is a festival in India which involves preparing kites to fly high in the skies of Ahmedabad and across India. The sun moves northward, which increases the amount of daylight hours. The festival falls on the 14th of January each year. This shot shows the preparing of holes and placing the string in the correct position on the kite. With years of practice my friend Sandeep flew the kites with great skill on this day. 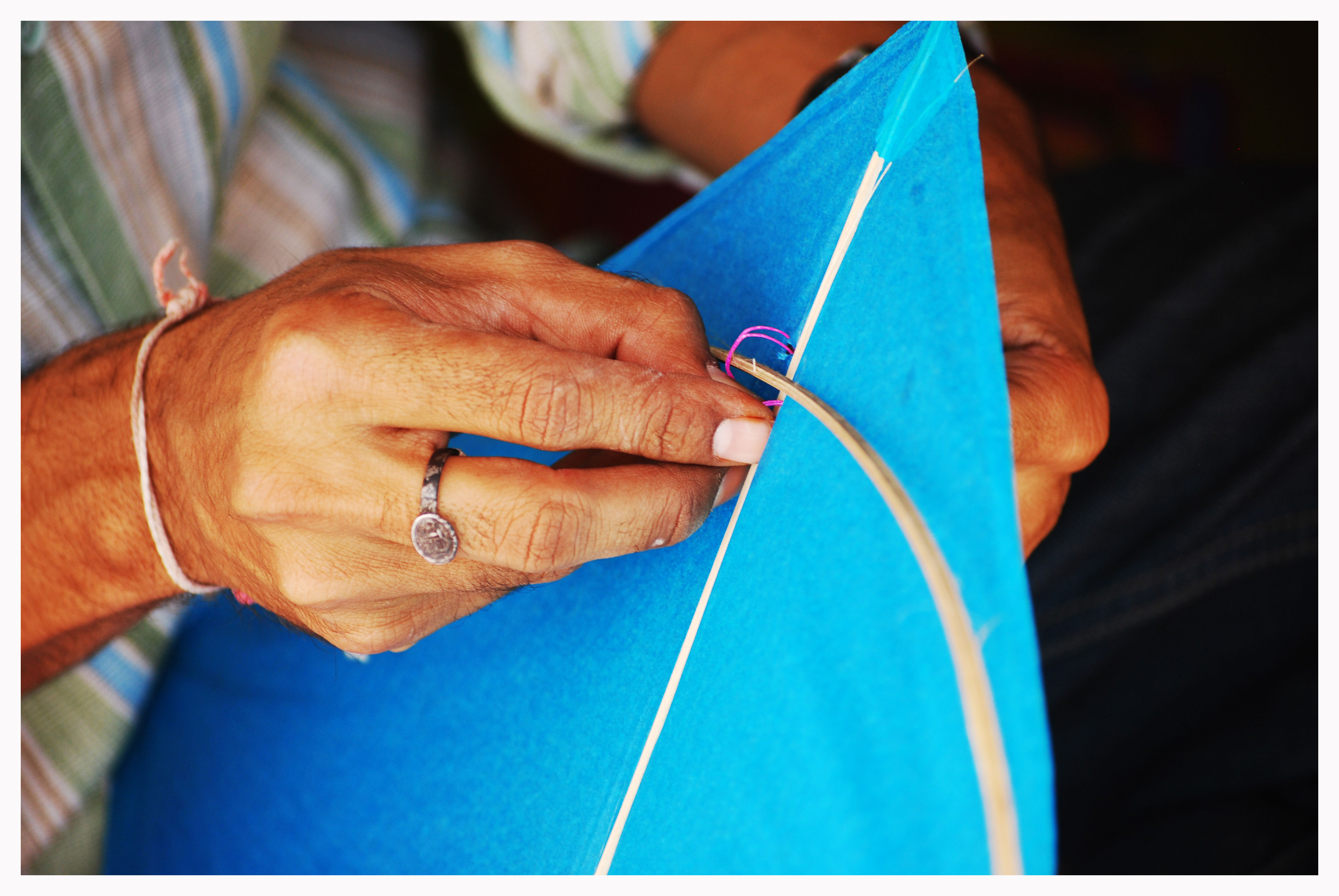 Orange Oranges
The Ravivar, or Sunday markets are heaving with a range of products: from old and new to big and small… Before reaching the main shopping area we stopped to take some photos of the fresh fruit on display. As the name suggests, these were very is orange oranges, however I think that the arrangement of the oranges worked well. 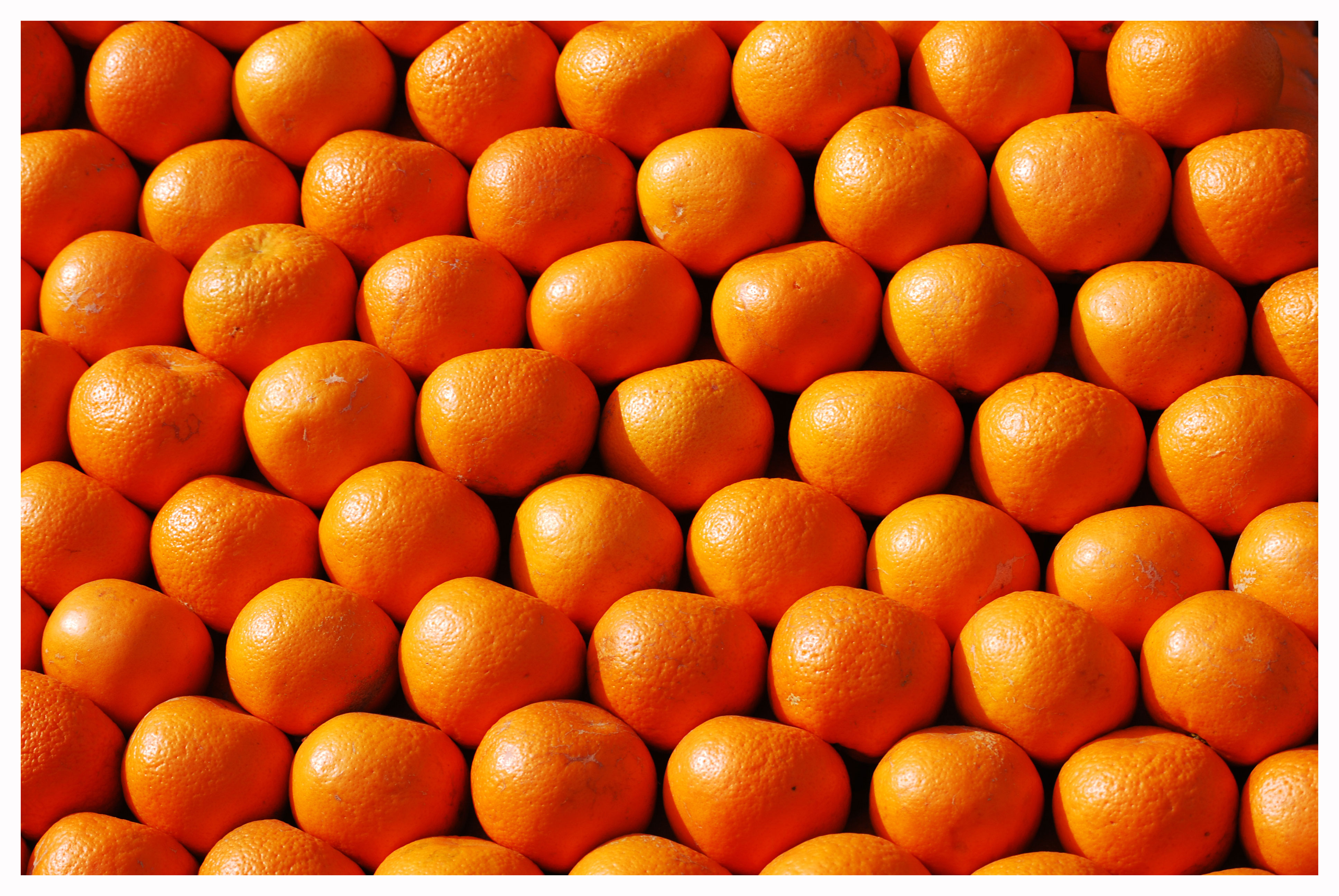