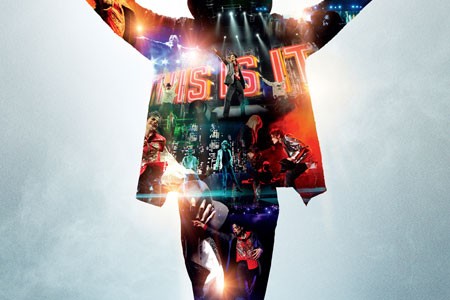 This is it – Michael Jackson, a musical master

Wednesday 28th October 2009. The release date for the heavily promoted This is it movie. By now everyone has seen the iconic poster. It uses a cutout of a classic Jackson pose and contains a series of merged images from the rehearsals. This is it, is a movie that documents Micheal Jackson’s rehearsals at the Staples Centre in Los Angeles, in preparation for his string of concerts at O2 here in the UK.

There were simultaneous worldwide premiers of the film on the 28th. I remember waking up to the news that morning. Some fans stayed awake through the night to catch the first shows of the film and excerpts of the concert that was never meant to be…

I booked tickets for the Wimbledon IMAX a few weeks back. I was eager to watch the film on the day of release. I left from work and met up with some friends. It seemed to take forever to make it down from my start point in Edgware to Wimbledon. We got in just before the start and took our seats. The auditorium was packed with eager fans and movie goers. From then on in the we were exposed to fantastic dance moves with mind blowing choreography. And most importantly the music.

All of Jackson’s biggest tracks were recited by the ‘King of Pop’. In no particular order: Smooth Criminal, Earth Song, Billie Jean, Wanna be startin something… Not forgetting a Thriller. The actual tune of the song was very true to it’s original incarnation – I thought this was very special. Jackson sounded fantastic!  On the dancing front, Jackson exposes some of his trademark dance moves meticulously and with great precision.. He still had it. It was amazing that he was keeping up with dancers, less than half his age. Beautifully choreographed, combining his classic style with all the best bits of modern influences such as break dancing.

From the rehearsal excerpts it becomes apparent that the concerts would have been something very special and spectacular… Kenny Ortega, the co-producer of the concerts and the director of this movie worked as a creative collaborator with Jackson for many of Jackson’s previous tours. This is it would have probably surpassed all of these in terms of creativity and quality. Some of the sequences they had planned appeared to be out of this world.

There was an intertwining of technology, along with classical concert craft which Jackson and Ortega would have developed on previous tours. Jackson has been portrayed in the media in many lights, however you really do get a sense of his character in this film. He was an utter genius at what he did. A breathtaking performer, yet, we are exposed to a humble and kind character. There are occasions when he utters the words ‘god bless you’, providing a public display of the love and affection he had for both his fans and the people he worked with. He later refers to them as his family.

Michael Jackson was a true musical master and the world has lost a great icon. It’s a great shame that he passed so suddenly. I think everyone should try and watch the film. In the cinema if possible as you get a sense of the size of the production and the length he was going to amaze his fans… There is no doubting that all that all those that were privileged enough to get tickets and watch it live, would have been left in awe…